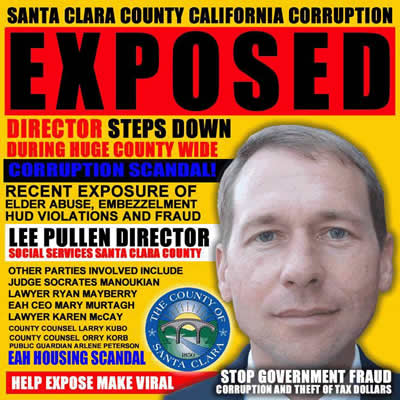 San Jose California Santa Clara County is a cesspool of Corruption and a good example of BAD GOVERNMENT gone very bad. What ends up happening is everything is out of control and police no longer protect the tax payer. Instead you have lawyers, judges, police abusing rights, stealing, lying and raping the common citizen. These dis-honest and unethical people who prey on children, seniors and the disabled have no right being part of government. They don’t govern they take advantage and destroy lives.

They must be removed from office and the entire world should be informed of who they really are.

The list of sabotaged cases is growing at an alarming rate, at the heart of the problem is Santa Clara County Judge Socrates Manoukian who is well known for his drinking issues, taking advantage of seniors and mentally disabled. Imagine a judge who abuses seniors by violating their rights. 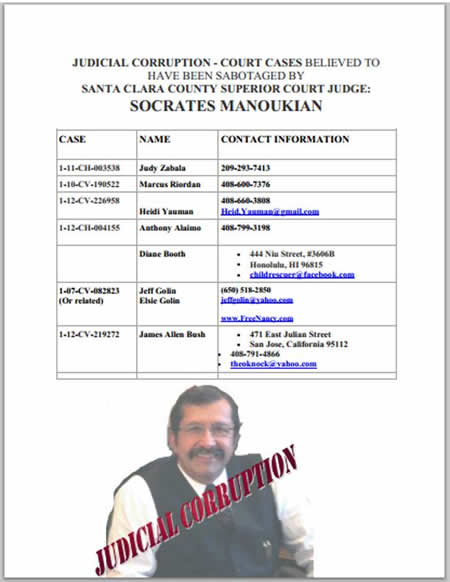 The problem goes deeper, when a crime is committed by a judge then reported to authorities who “DO NOTHING” in fact they then go thru great lengths to hide the crimes and commit more crimes destroying evidence and lying. 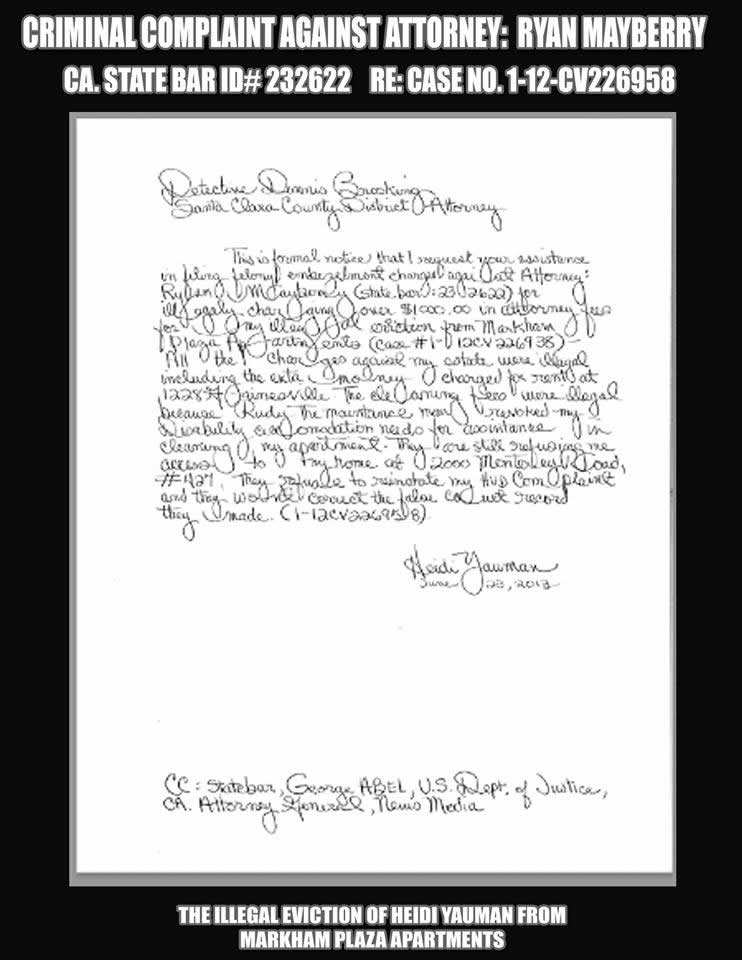 WHAT CAN YOU DO?