Misconduct by government officials is a factor in 54% of wrongful convictions, study finds

Ronnie Long walked out of a North Carolina prison late last month after serving 44 years for a crime he had long said he didn’t commit.
The 64-year-old Black man was convicted in 1976 of raping a White woman and burglary. But that conviction was recently vacated by a federal judge, who cited a “troubling and striking pattern of deliberate police suppression of material evidence,” including semen samples and fingerprints from the crime scene that did not match Long’s.

A study published September 1 finds that Long is far from alone, and that misconduct by government officials has contributed to 54% of false convictions of defendants who were later exonerated in the past three decades, with police misconduct being a factor in 35% of such cases.

The report was produced by the National Registry of Exonerations, a joint project by the University of Michigan Law School, Michigan State University College of Law and the Newkirk Center for Science & Society at University of California Irvine that tracks exonerations in the United States.

The 185-page study examined 2,400 exonerations in the registry dating back to 1989. It grouped officials’ misconduct into five categories, including witness tampering, misconduct in interrogations, fabricating evidence, concealing exculpatory evidence and misconduct at trial.

In Long’s case, the ruling vacating his conviction did not declare his innocence and left that question up to a lower court to decide. But he maintains his innocence, and according to the National Registry of Exonerations, the charges were dismissed by the district attorney’s office and he was exonerated, in part due to misconduct by government officials.

Ninety-three innocent defendants were sentenced to death, in part, due to misconduct by officials, the study says.

As to why this type of misconduct might be occur in the first place, the study concludes that it’s a “systemic” issue. It points to “pervasive practices that permit or reward bad behavior,” a lack of resources and “ineffective leadership by police commanders, crime lab directors and chief prosecutors.”

Interrogation Unit Shut Down On High Terror Date
The illegal entries took place when the interrogation unit at the San Ysidro Port of Entry was completely shut down on the fourth of July a designated “High Terror Date” thus preventing any screening, interrogating, fingerprinting or determination as to who the aliens were or why they were sneaking into the country. Government Fraud is out of control
Watch this Video

Where does your state rank in being the most corrupt in America? 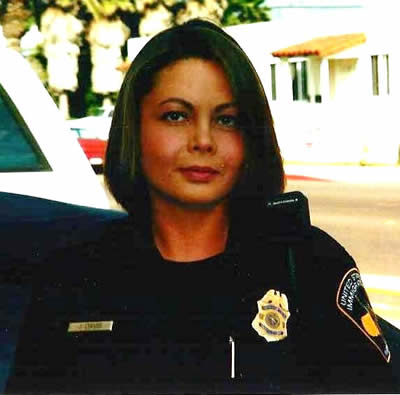 Julia Davis
is a national security whistleblower, anti-terrorism/immigration expert, who exposed glaring shortcomings in the processing of applicants for admission into the U.S. from terrorist countries. Julia served as a Customs and Border Protection Officer at the San Ysidro Port of Entry – the largest and busiest land border crossing in the U.S. and in the world. Government Fraud helps criminals get away with their crimes
See this Video

What are the laws protecting employees who blow the whistle on government fraud?

The False Claims Act (FCA) allows any person who discovers that a government contractor is defrauding the federal government to report it, and then to sue the wrongdoer, following specialized procedures, on behalf of the U.S. government. In general, the FCA covers fraud involving any federally funded contract or program, with the exception of tax fraud. Some common examples are:

A contractor falsifies test results or other information regarding the quality or cost of products it sells to the government;

A health care provider bills Medicare and Medicaid for services that were not provided or were unnecessary;

A grant recipient charges the government for costs not related to the grant.

In FCA lawsuits, known as qui tam suits, the government has the right to intervene and join the private citizen’s lawsuit. If the government is then able to collect from the fraudulent contractor, the law allows the whistleblower to share in the proceeds. If the government declines, the individual may proceed on his or her own. The FCA also contains an anti-retaliation provision which protects those who make FCA-protected disclosures or file a qui tam suit. Some states have passed similar laws concerning fraud in state government contracts.

The FCA dates back to the Civil War. It was originally enacted in 1863 to control fraud in federal contracts, which at the time was designed to stop war profiteers from selling the Union Army faulty war supplies. In 1943, Congress passed amendments that resulted in an increasingly narrow application of the qui tam provisions and, as a result, very few cases were successfully brought by whistleblowers. In the following years, both the FCA and the qui tam provisions withered from their rare use. In 1986, as an increasing amount of fraud, especially in the burgeoning defense industry, was going undetected and unaddressed, the law was again amended to strengthen the incentives for private citizens to uncover and fight fraud. Since 1986, the FCA settlements and judgments have totaled over $12 billion. In fiscal year 2003 alone, a record $2.1 billion was recovered under the FCA.

a qui tam provision: Private citizens and “original sources” (i.e. whistleblowers) may file suit on behalf of the U.S. government to recover the damages incurred by the federal government as a result of contractor fraud or other false claims. In return for filing the suit, whistleblowers are entitled to a significant portion of the proceeds, should they prevail. This can lead to a large monetary award for the whistleblower, if he or she follows the complex enforcement procedures required by the FCA.;

Who to report to concerning Government Fraud
Start with the links below
Report Government Fraud
U.S. Government Accountability Office
Report to the Department of Justice
Project on Government Oversight Contact them HERE
National Whistle Blowers Center