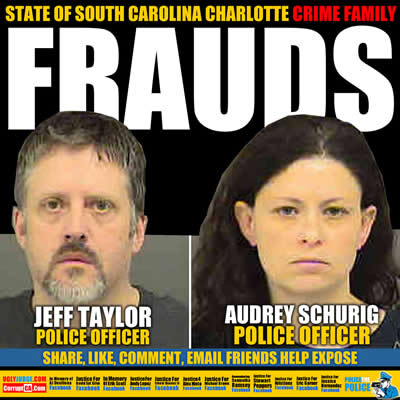 Take a good look at these faces, in uniform they might appear to be good, law abiding people however the truth is criminals don’t always look like criminals. Nor do police always respect or abide by our laws. Fact is a huge number of Police in America feel and act above the law. The message needs to be sent to all police that they will be held personally liable for their crimes. They’ll be held to even higher standards and prosecuted to the maximum terms. American children depend on this, we’re allowing police departments to hire friends of family, undesirables, criminals without records, abusive and mentally unstable people who have no business with a firearm or any authority.

What is worse is the majority of the time when these officers kill or commit crimes they’re not fired, jailed or even properly investigated. We’ve given them too much authority and power. Their unions lie, manipulate and influence the system to render unfair justice. The same judges and lawyers who Police depend on for prosecuting criminals, signing warrants are not objective and fail to prosecute these criminals who continue to kill, abuse, commit crimes and harm children. Remember when not arrested like the general public they’re not finger printed, jailed and put in the system which would mean they can’t be hired. No record of arrest or detention which “anyone ELSE” would endure means they slip thru the cracks and get away with crime.

Fact is if you are detained and jailed for any reason, you have a record which will follow you around the rest of your life. Even if Innocent, never involved and they claim its just for your safety. If you apply for a job or security clearance that jail date will appear and haunt you. This is why police are never jailed, to protect criminals (bad police) and keep them on the streets killing, lying and abusing the public.

Police officer Audrey Schurig, the mother of the child, is still an officer at the Chester Police Department, though on leave without pay. She appeared in court moments before Jeff Taylor.

Police officer Audrey Schurig  is charged with child neglect, or putting her child at risk of bodily harm, according to her arrest warrant.

A search warrant, alleged that Jeff Taylor and Audrey Schurig took the infant to Piedmont Medical Center in Rock Hill on Feb. 14 with brain and neck injuries. He was having seizure-like symptoms.

SLED said early on, the couple was not being cooperative with the investigation, as they gave no explanation for their son’s severe injuries.