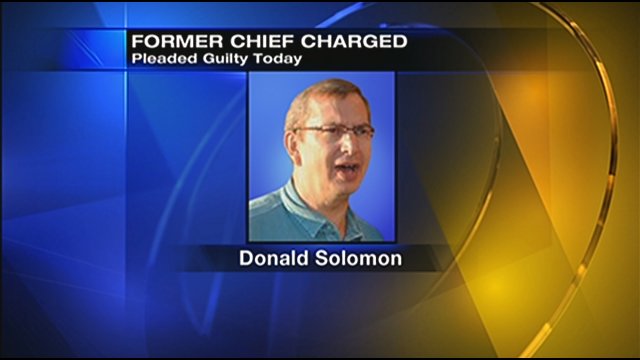 A former southwestern Pennsylvania police chief was sentenced Friday to more than 11 years in prison for extorting about $8,000 from undercover FBI agents he thought were drug dealers, in exchange for protecting two staged drug deals and agreeing to buy them police-issue stun guns.

Former East Washington Police Chief Donald Solomon, 57, apologized to all of the parties in the case, and his three children, before he was sentenced.