Officer Thomas Mendiola
This is the face of a bully that kills. Someone who never should have been given a gun. A fraud, nothing more than a criminal with a uniform, badge and gun. Worst we protect public servants such as Officer Thomas Mendiola who is a poster child for police abuse, crime and murder. 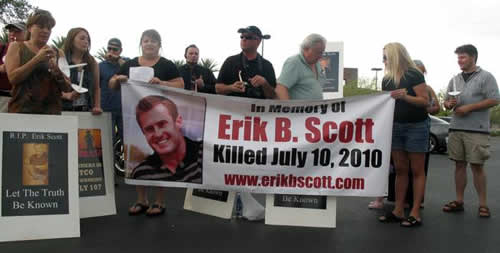 In Memory of Erik B. Scott

The coroner’s inquest that on Tuesday found the Metro Police shooting death of Erik Scott justified “failed miserably,” Scott’s father said. Bill Scott told reporters that the next step for the family would be to file a lawsuit in federal court “so finally we all will have the truth.”

Officer Thomas Mendiola responded to the Costco store after dispatchers received a 911 call indicating that a man with a gun was at the store acting erratically and destroying merchandise, testimony showed.

Officer Thomas Mendiola confronted Scott who was armed but had a concealed weapons permit as he exited the store with other patrons who were being evacuated.

Two of the three officers who shot Scott testified Tuesday that they felt Scott was an “imminent” threat before they fired. Officer Thomas Mendiola testified that he heard officer William Mosher yell, “Hands, let me see your hands.”

Scott reached both hands under his shirt and pulled out a gun, which Scott pointed directly at Mosher, Officer Thomas Mendiola said.

It was later determined that the gun was still in its holster.

Scott was a threat, Officer Thomas Mendiola said. “I felt that my fellow officer was in immediate and imminent danger,” he said.

“I just fired until I felt that the suspect wasn’t a threat. I perceived him as a threat every time I fired,” he said.

Read the book that exposes Murder by Las Vegas Police 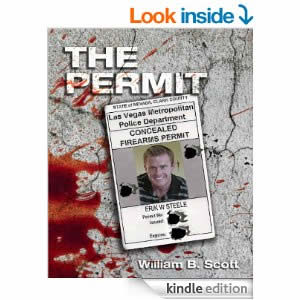 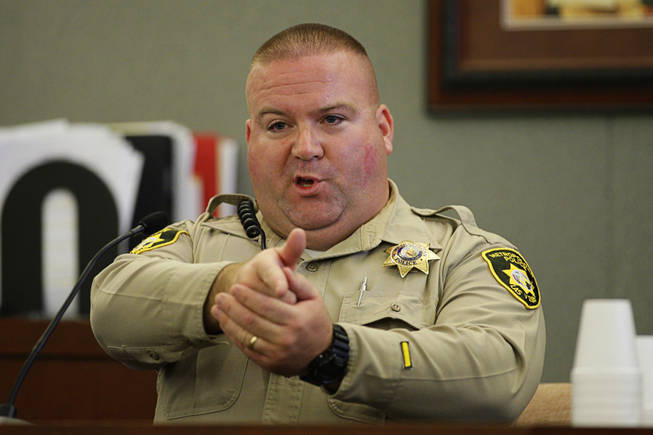