Family and friends of 19-year-old Samantha Ramsey are overcome with grief and demanding answers after a cop fired four shots into a car the teen was driving. Ramsey was struck by one of the bullets and died on scene.

Dashcam footage shows the encounter seconds before Boone County Sheriff’s Deputy Tyler Brockman fired four shots into a car full of teenagers. Brockman was standing on the highway in front of his vehicle as Ramsey slowly pulled her vehicle in front of him. He shined his flashlight into her face and appeared to signal her to stop the car, but she continues moving the vehicle out of dashcam view. Seconds later, Tyler Brockman fired four shots, causing the car to careen into a ditch

Two passengers exited the vehicle. The driver, Ramsey, had been shot. She was taken away in an ambulance, but had died on scene.

Tyler Brockman claimed Ramsey tried to run him over, and he fired the shots in self-defense. The dashcam footage complicates this narrative, however.

Even so, it is difficult to imagine a scenario that justified the shooting, which could have harmed multiple people. There were four people in the car in total.

“Just to be shot four times that’s excessive,” said Lynsy Hall, a friend of the victim, in a statement. “That wasn’t right. He could have killed the other three people that were in the car.”

Brockman has been placed on leave pending the results of an investigation. Due to the high level of media and public scrutiny being paid to the case, Sheriff Michael Helmig asked the state police to handle the investigation.

Horror: Why Did This Cop Fire 4 Shots At A Teen Girl, Killing Her? 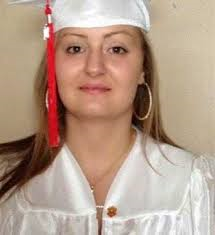