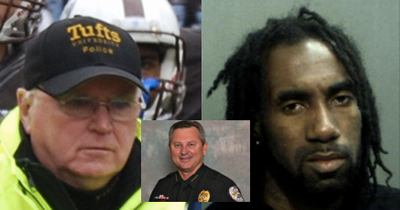 A man was shot and critically injured by Orange County sheriff’s Deputy Robert McCarthy had his hands up at the time of the shooting, as the Florida Department of Law Enforcement investigates.

A witness questioned why shots were fired in the incident.

“You could see right in the car. Both of them had their hands up and they still shot at the car,” said witness Ernest Miles Jr., who added that he had to take cover in his second-floor apartment. “I was scared for my kids because the way the car was facing any of those bullets could have went anywhere. I got away from the window. It kind of shocked me because I’ve never seen nothing like that before.”

Orange County Sheriff Jerry Demings held a news conference on Monday afternoon calling for a Florida Department of Law Enforcement investigation into the shooting in light of other police shootings around the nation.

“I want to ensure that we have transparency as well as accountability for the actions of all of my staff that’s involved,” said Demings.

Demings also said that witness statements are conflicting as to whether Bartee had his hands up.