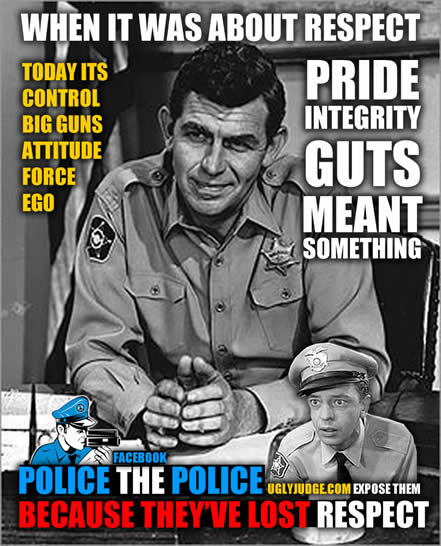 Bad Cops or ugly police , is it only me or does anyone notice the alarming rate of bad cop shootings? Worse those caught on video often show bad cop shooting without good reason or in defense. Guns are drawn and used before other methods are used that don’t involve deadly force. The other problem is when a bad cop shoots and kill they’re immune to prosecution by law. Google immunity laws. Judges enjoy the same immunity for committing crimes and doing wrong in our courts. When we removed the concept of holding people responsible for their actions we took away that fear. The fear of taking a life.

Corruption, abuse, beatings, robbery and rape appear to have gotten out of control. Why, perhaps police feel they can get away with crime. The other problem is GOOD police hiding and protecting the BAD COPS. In the end this makes them all look bad and how many millions of enemies to they make of the public in these acts of shame, cowardliness and abuse.

Police MUST be held to higher standards as should judges and lawyers who are the building blocks to our justice system. The system as gone downhill over the decades. No respect, getting a badge and gun to some means entitlement and profit, not justice or protecting and serving. Becoming an authority to some is an ego booster and insecurity issue. We’re hiring the wrong people and when found bad we don’t do enough and fast enough to remove them. In the end your tax dollars are paid out in billions in lawsuits.

Since when does police training and getting a gun mean you can shoot innocent animals and children?

Police will lie and place blame on everything but the fact “They did not need to shoot” and often murder children who could have been saved.

The problem is deeper, JUDGES the very root of our legal system is infected with some of the worst people being in authority positions today.

The judge above did not even get prosecuted for his crimes against children. It was for tax fraud.

UGLY JUDGES number in the thousands and are almost impossible to remove or prosecute. Imagine the worst possible lawyer being made into a judge and being immune to prosecution? Worst Judges

Police departments often refuse to investigate crimes by those they work with, ie. judges and lawyers. Its been found that almost all US judges have committed

crimes or failed to uphold their oath. Many cause harm, murder and destroy families all in the name of greed and do so due to immunity granted to them.

What happens when you go public or report a judge for abuse of power, crime or even murder? When police contact the judge police will often side with the judge even with evidence of a crime. See this article Police Involvement in Conservatorship Issues? 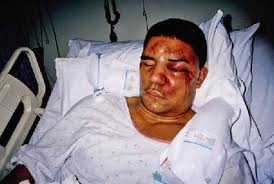 Rodney King was one of the first video taped police beating that exposed police.
See the video HERE What we must address is that without the smoking gun videos often police lie, fabricate events and file false claims all supporting their crime. 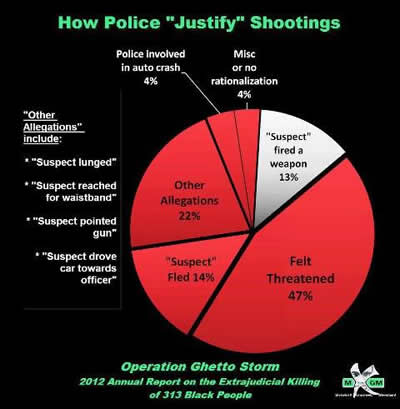