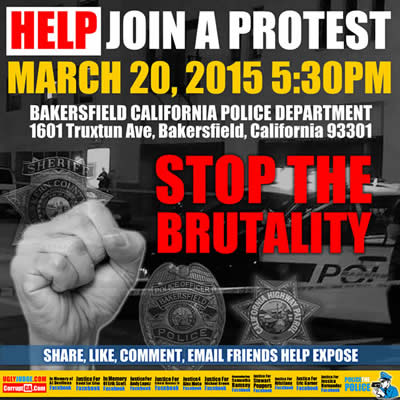 Join the effort to stop the abuse
Bakersfield Police Department
1601 Truxtun Ave, Bakersfield, California 93301
We will have our Friday night protest against police brutality as we always do at 5:30 pm at the BPD station.
Following the protest we will have a candlelight vigil at 6:30 pm at 1125 1/2 19th street, in front of the Hart hotel, for Jeff Alexander, the 47 year old man that BPD shot and killed Tuesday night. They claim he was wielding a knife. Immediately following the shooting officers began illegally confiscating cell phones and threatening to arrest witnesses.
Find them on Facebook