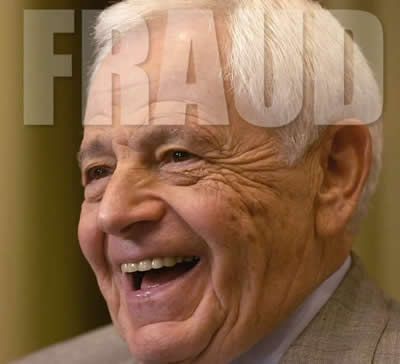 Stan Chesley
Stan Chesley, the high-profile, hugely successful plaintiffs’ lawyer — or former plaintiffs’ lawyer, since he recently got disbarred in Kentucky and gave up his law license in Ohio (in a retirement application that was notarized by his wife, federal judge Susan Dlott). Here are some choice comments about Stan Chesley, nicknamed the “Prince of Torts” and “Master of Disaster”:

And those bells are still ringing. Stan Chesley might not be back in the courtroom, but he’s back in the headlines in Ohio….

When Stan Chesley got disbarred, we offered him some advice: “it’s time to hang up the armor, put your horse in the stable, and return home to your 27,000-square-foot castle.” But even if Sir Stan is no longer working 12-hour days, he’s not giving himself over to total leisure either.

Onetime super lawyer and heavy Democratic Party contributor Stanley Chesley has been ordered to pay $42 million for his role in a scandal over fen-phen litigation that already cost him his law licenses in Ohio and Kentucky.

The husband of a federal judge and a $50,000 contributor to President Obama’s 2009 Inaugural ball, Stan Chesley was last year found guilty of violating multiple ethics rules in Kentucky as part of a scheme in which lawyers took half the money they won for clients in lawsuits over the diet drug despite contracts that specified much lower fees.