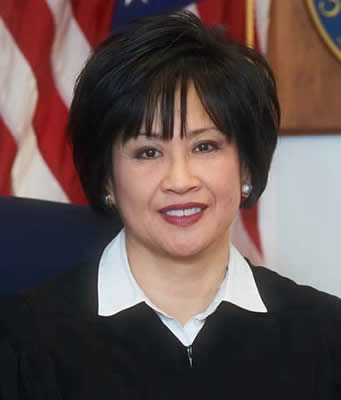 Dishonorable Probate Judge Dixie Park
Judge Dixie Park is the first woman elected Judge of the Probate Division, Stark County Court of Common Pleas. She has served in this capacity since January, 2004.

Judge Dixie Park graduated from Mount de Chantal Visitation Academy, received a B.S. in Integrated Life Sciences from Kent State University and her Juris Doctorate from the University of Akron School of Law.

Judge Dixie Park served as a judicial clerk and then magistrate in the General Division of the Stark County Court of Common Pleas. She also served as an Assistant Law Director for the City of Alliance and as an Acting Judge in the Alliance Municipal Court.

All the above means NOTHING when the judge is corrupt and dishonorable.

JUDGE DIXIE PARK: STILL TRYING TO GET A HANDLE ON “DUE PROCESS OF LAW?”

It has been some time since The Stark County Political Report (SCPR) has written about Stark County Court of Common Pleas (Probate Division) Dixie Park, an Alliance Republican.

A new instance of an alleged Park participation in denial of Due Process of Law has surfaced as alleged by long time legal antagonist Craig T. Conley.

As the SCPR understands Conley’s assertion as it stands now is that Judge Park’s refusal to recuse herself from presiding over a current Conley lawyered case before her is tantamount to his client in a derivatively prejudicial context covering an extended Conley/Park interaction (for example, third party witness testimony in a prior Conley/Park case connection that Park has called Conley an ‘evil asshole’)

At the end of this blog, a complete .pdf file of the filing of Conley’s affidavit of disqualification is in place to be viewed by SCPR readers.

In the aforementioned filing on or about January 4th (submitted December 29th/received January 4th) with the Ohio Supreme Court, Conley (by his own admission) continues his quest to get her removed from the Stark County bench in a step-by-step, inch-by-inch process which now covers several years.

Note:  For the record, the SCPR has never had a problem with Judge Park in the appearances that this blogger has had as an attorney (1973 through June, 2014 [going inactive]) before her.

Here is a list of previous blogs I have written on Judge Park: