A group of women who say they’ve been discriminated against by a judge in Monmouth County, New Jersey are now trying to get him impeached. They’ve filed a petition with the state assembly to have the judge removed.

It’s becoming more an more common for Legal bar members all over America to commit fraud, cheat, lie and help dirty lawyers steal. What is very common are judges who are influenced by bribery or friendship instead of justice and fair play.

Like Judge Paul Escandon, a number of judges are on the hot seat for being allegedly biased against mothers and ruling in the favor of fathers in divorce and custody proceedings. 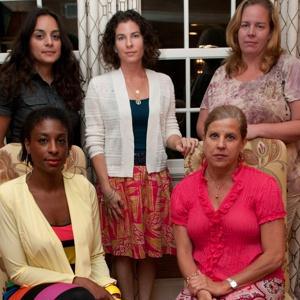 Sept. 12 town hall meeting in Howell where where Gov. Chris Christie expressed his frustration with the current judicial system after a divorced mother of two from Highlands lodged a similar complaint.

“Because of this judge, after 39 years of marriage, I will be rendered homeless,” said Karen Hollender, 61, of Morganville, her hands shaking as she held up a protest sign.

GOOGLE THIS JUDGES NAME THERE ARE HUNDREDS OF STORIES

“Judge Paul Escandon gave my ex-husband $3,700 without a trial, and he said that if I did not pay it, he would sign a bench warrant for my arrest, which he did,” said Kristen Williams, 47

IF YOU YOUR CASE GOES TO THIS JUDGE HAVE HIM REMOVED