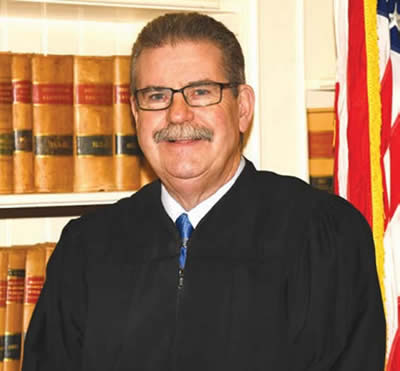 Bison Creek Ranch was once a Safe Haven for free roaming Bison. A place to get away from all the Hussell and Bussell of everyday living as an Agra Touring adventure, for family and the adventurous.” A PLACE TO PLAY AND PRAY” To experience what it was like back when there was more land than houses. Where people would and could gather for a week or weekend and bond w/family and friends. You would come away w/an experience of God’s true gift. It was a true treasure of the old west, and a wonderful gateway to Yosemite National Park. about 55miles away from the entrance. Jerry Cox, the owner, was sharing this grand place.
Until, one day the county of Mariposa, Ca. decided they wanted to steal the land from Jerry Cox, the owner of the land, who has put years of blood, sweat, and life into the land once just mtns, hills, trees and vegetation. The corruption from the appointed officials in Mariposa County, Calif. is an Outrage! and a disgrace to the American people. Basically, they are saying You never own yr. property. Appointed officials can come in any time and steal your land away.
They have put a receivership on the property that states a 100 violations, which are lies and can be proven as false dictation from the Recievers, Mark Adams who is asking for over $300.000 now in service fees And the Judge Dana Walton will not except any video, pictures or witness evidence to back up the lies that Mark Adams is presenting? Its’ been over 100 days since they have taken the land and not one repair has been done, Because there are not any! they have 3 armed guards @ the gate so Jerry cannot enter his own property. they will arrest him if he comes close to the gates. Even the Mariposa Gazzette Local newspapers are wondering what is going on?
We need to stand up for human rights and not let our elected officials get away w/this kind of corruption! Do u love yr. home/property? If we do not do something now we will not have anything to leave to our future. Please sign the petition Maybe the Judge will use as evidence? Feel free to log on to FB Bison Creek Ranch Mariposa Ca. there you will see the video and evidence to confirm the wrongful doing of the Corrupt County. Mariposa, California

Lawyer Marc Angelucci adds, “Worse, it appears Judge Walton, Adams, the law firm Silver & Wright, law enforcement officers, and high-ranking county employees may all be involved with driving Mr. Cox from his home and livelihood. Receivership, simply put, can be a scam. And it’s happening to thousands in California. This is an under-regulated industry that is circumventing the Constitutional right to due process through receivership. It absolutely needs to be addressed by the court and legislature before it hurts more people.”

CRESTLINE, CA, UNITED STATES, June 8, 2020 /EINPresswire.com/ — An appeal before the California Supreme Court could affect the rights of thousands of landowners against government sanctioned theft of private property by way of underregulated receivership laws. The case is County of Mariposa v. JDC Land Company, LLC.

“This case is one of an overreaching government with no accountability,” said Marc Angelucci, attorney for National Coalition For Men (NCFM) who represents JDC Land Company and owner Jerry Cox pro bono. “Without allowing a trial, Judge F. Dana Walton ejected Mr. Cox and placed his ranch in receivership, without allowing him to present expert testimony and video evidence that the violations were ether fixed or non-existent. The receiver, Mark Adams of California Receivership Group, never obtained bids for the repairs as ordered. So, Mr. Cox obtained bids, and the cost was only $8,000 to repair the remaining violations. Mr. Cox believing, he would be allowed to keep his ranch, paid the $8,000 and everything was fixed. But Judge Walton then ordered the ranch sold at half the appraised value just to pay the receiver’s attorney fees and inflated costs of over $700,000, which Mr. Cox could not pay.

Cox is now homeless, on food stamps, and those he employed on the ranch are out of work.

“People say that it cannot happen here, but it does happen here,” said Attorney Ronda Kennedy and Republican Congressional nominee for CA26. “An unrestricted government capable of seizing and disposing of private property with the property owners having no recourse. If the courts do not step in and stop this, where does it end? What will government decide they can seize next? The courts must step in to protect the Constitutional rights of property owners now. If the Courts fail when elected to Congress, I will work to ensure this does not happen again.”

The receivership order is on appeal right now. “Receivership gives fiduciary control to the receiver, who is legally charged with taking care of the property as a neutral caretaker/manager, continued Angelucci. “This appeal will determine whether California counties can continue using receivership law to seize private property and sell the property even after all repairs are made, circumventing Constitutional rights to due process. If so, that means no Californian property owner is safe.”

“The foregoing facts make it hard to credit the County Defendants’ statement that “the County’s only interest in the [] Property has been, at all times, to ensure that the violations of law upon it are remedied to protect the health and safety of the occupants, the neighbors, and the surrounding community.” The relatively sparse inspection history described in the Warrant declarations seems to contradict the assertion that the Property had been “the focus” of code enforcement efforts “since at least 2008” and raises obvious questions about the expansive scope of the Warrant (which included not just buildings but also all “vehicles … compartments, drawers, cabinets, papers, and electronic files located on the [] Property”). The notion that Cox could have repaired all 101 “dangerous violations” set forth in the N&O in a 30-day period that included Christmas and New Year’s Day strains credulity, particularly since the County’s expert receiver was still collecting bids 10 months after the Receivership commenced and was apparently still working on repairs well into the first quarter of 2019. And it is unsettling, to say the least, that the aggressive code enforcement activity evidenced by the record in this action coincided with the County’s failed criminal case against Cox.” FULL STORY

Mariposa, CA On Wednesday, as jury selection began for a murder trial in Mariposa, only one third of the prospective jurors showed up for jury duty. Since the jury pool was too small to guarantee lawyers could pick a 12-member jury, Judge Dana Walton used a little known California law that allows the judge to direct the sheriff or marshal to summon jurors immediately.

At around noon, Judge Walton sent two sheriff’s deputies to the Mariposa post office to find more people for jury duty. As residents came to the post office around lunch-time, they were served jury summons and told to report to the courthouse by 1:00 p.m.

“I’m standing in the post office getting stamps and I’m told if I don’t go to jury duty, I’m going to jail,” said Pat Skogen. “I don’t know what land I’m in right now.”
Young or old, healthy or sick, deputies served the jury summons and threatened jail for anyone who didn’t get to court within the hour.

“We tried to tell them coming out of the door of the post office that we were coming from the doctor’s office,” said Theresa Spiers.

“‘Doesn’t make any difference. You have to sign up for jury duty.’ That’s what they said to us,” complained Skogen.

Skelton was dismissed because she’s a single mother with three kids, but she had to ask for help from babysitters before she was allowed to leave.

Judge Walton says his hand was forced, and even though his decision was completely legal, he doesn’t blame people for being mad about being plucked out of the post office. “I mean, an hour’s notice? I understand they’re upset,” he said. “It’s not something I took lightly.”

The strange move is not unprecedented in Mariposa County, but it hasn’t happened in the nine years Walton has been Presiding Judge. He says it’s happened four or five times since he started practicing law in the county in 1979.
The court will deal with the people who didn’t show up for jury duty on a case-by-case basis, but most of them will get a warning and get thrown back into the jury pool.

“Those people should be the ones getting arrested and brought in not us at the post office,” said Skelton.
Skipping out on jury duty could result in fines up to $1500 and as long as five days in jail.