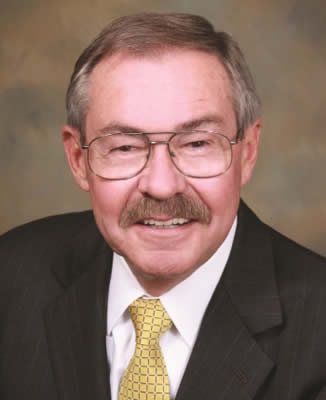 Los Angeles County Superior Court, Retired
Judge John Ouderkirk has served as a neutral in a wide range of cases. He has mediated and arbitrated numerous matters, including lengthy, complex civil matters. He has presided over multiple family law trials as judge protem by stipulation of the parties. He is well-respected among the civil and family law bars, where he is considered to be an excellent settlement judge and a thorough and efficient discovery referee. Judge John Ouderkirk has a reputation for his adept handling of highly sensitive, emotional cases.

Judge John Ouderkirk sat on the Los Angeles Superior Court bench from 1991-2004, where he resolved all aspects of Family Law cases for the last four years of his tenure. From 1997-2000, he handled unlimited jurisdiction cases in the Central Civil Division.

Since 2004, Judge John Ouderkirk has served as a discovery referee for the U.S. District Court in a complex, multi-party trademark case and has presided over depositions in the U.S. and Italy.

Judge John Ouderkirk was known in the criminal courts for presiding over the “Reginald Denny beating case.” Prior to his appointment to the court, Judge John Ouderkirk was a Deputy District Attorney for the County of Los Angeles, where he prosecuted insurance fraud, art forgery, and music piracy. He served as an investigator for the District Attorney’s office from 1970-78 and was a Santa Monica police officer from 1965-70.

Los Angeles Superior Court Judge John W. Ouderkirk, a former police officer who received worldwide attention in 1993 when he presided over the controversial Reginald Denny beating trial, confirmed Friday that he plans to retire from the bench April 5.

During a rescheduling of a hearing in the family law court he has occupied the past four years, a proposed date conflicted with the judge’s retirement plans, so he let those plans be known. At 61, and after 14 years on the bench, Ouderkirk is retiring at an earlier-than-usual age for judges. He said his motivation is simple: “I really want to retire and have my life to myself.”

He said he hasn’t decided on plans for post-retirement employment. In fact, he said, he’s looking forward to retirement in the true sense of the word. “I would really like to finally learn to speak Spanish,” Ouderkirk—who for years has spent much of his free time camping, fishing and kayaking in Mexico

Hollywood actress Angelina Jolie, who is locked in a divorce proceeding with actor Brad Pitt, wants the private judge involved in the dispute to be booted off of the case.

Private judging, The American Bar Association says, is “a process where the disputing parties agree to retain a neutral person as a private judge. The private judge, who is often a former judge with expertise in the area of the dispute, hears the case and makes a decision in a manner similar to a judge. Depending on court rules, the decision of the private judge may be appealable in the public courts.”

A number of celebrities take this path in divorce cases in order to keep many of the “filings and the personal and financial details” sealed, the Associated Press noted.

Jolie, arguing that John Ouderkirk’s neutrality was in question, moved for his disqualification, saying that the mere appearance of a conflict was enough.

“It doesn’t matter if Judge John Ouderkirk is actually biased,” the filing said. “Under California law disqualification is required so long as a person aware of the facts ‘might reasonably entertain a doubt’ about Judge John Ouderkirk’s ability to remain impartial.”