The resent Murder Trial with Jodi Arias hit home as I watched her testimony and the evidence presented. What has been going on in my personal life for years was now in public view. The problem is PROVING that a charming, attractive and convincing liar could really be someone evil. Only those who see them for who they really are and experience them first hand know the truth.

A jury, police, judges, lawyers and the public all see an image that rarely fits the person. Yet the evidence shows a ruthless killer, who still after being convicted has no remorse and continues to lie to support her own reality. Welcome to the world of the psychopath. While they’re not all 100% pure psychopath in medical terms they still have strong psychopathic traits. Often a combination of psychopath, social path and narcissist.

Why is this important and how does it affect you? Jodi Arias is guilty of a horrendous crime and should be prosecuted to the fullest extend of the law. Yet some people are convinced she’s the victim and her lies are in fact the truth. If only they’d been exposed to a real psychopath who affected them personally they might see things otherwise.

I grew up with one which mirrored Jodi Arias in so many ways. Our family did not understand my sister Sylvia Gettinger now Sylvia Schmidt of San Marino California. From birth our mother and father knew something was very wrong but had no idea what they were dealing with. A baby that cried but would not stop if fed, held or had its diaper changed. The rage, the lack of empathy and the super controlling nature were all apparent as a child. The concept of taking her to a doctor were considered but what do you tell him? We thought this would all go away, that there was some other reason for her odd traits.

Sylvia was dis-inherited by our father in 2001 because she showed obvious hate and did not speak to the man for over 35 years. She ultimately blamed this on me since I had kept in contact and did not hold him responsible for our parent’s divorce in 1972.

Sylvia went on a mission of hate and anger. Her plan was with the help of her CPA husband Gary A. Schmidt and unethical lawyer Christopher E. Overgaard of Glendale CA to take control of our mother’s estate worth an estimated 2 million dollars. Our mother had already mentioned disinheriting Sylvia several times for her lack of contact and help. Sylvia got married at an early age and left the household rarely to be seen. I was the only family member who cared for our mother and kept contact with our father.

2005 Over $200,000.00 in bank account funds went missing. Our mother’s mail was being forwarded and a burglary report was filed with the Los Angeles Police department which named Sylvia and her husband as the sole suspects. During the burglary banking documents, identification, utility bills and credit cards were stolen.

This is where psychopaths can be most dangerous, the best actors, liars and they play the part of victim so well. Its all a scam and con job. The goal is to get what you want from people. If only people would check the facts, evidence and stories. Often they don’t and just go along with the lies.

Sylvia and her lawyer perjured documents and gave the wrong address for family and within a short period Gertrude was ripped from her home, drugged against her will and locked into a dementia nursing home. A place where Sylvia would keep her locked away, control and terrorize her. Its easier to do then you think, seniors are often slow and don’t want to accept their own child could be doing this to them.

People did not want to believe this could happen, how easy it was. Yet once conserved by a probate court the victim loses control over their own life, finances and constitutional rights. Doctors are lied to, influenced and manipulated to over medicate with false accounts of events and reactions by the victim. Did you know dementia is often diagnosed by the accounts of family members who tell the doctor their version of events? Imagine a good liar who has read all the right things on Google and tells the doctor the perfect story?

I was left with only one choice to go to court, to pay over $180,000.00 in legal fees to inform the court that what was going on was all a Scam, fraud by Sylvia Schmidt. However I did not have access to over 2 million dollars which was being used to hire the most expensive lawyers in Los Angeles. The ability to lie to police. While this was all going on I was made out to be the bad guy. The villain, the abuser and the problem. Sound familiar, Jodi used these same tactics to support her lies.

To make a long story short our legal system is not a place of justice and fairness. Its a place where money buys everything. Hearings are delayed, games are played and lies are told. In the end its about who has more cash to play the game. Our mother is still locked in that nursing home, still over medicated. All while Sylvia is charging $40,000 a year claiming to be a caring child. Lawyers are all paid from our mother’s stolen estate. This has been reported to LAPD but they listen to lawyers over victims. They are convinced by the best liar. A psychopath… My full story is on FACEBOOK
or on the INTERNET

My point is this can happen to anyone as it did to the Arias family. They did not know who and what they were dealing with. Most likely they tried to help Jodi. Yet they did not understand her. In the end she throws everyone under the bus.

Do yourself a favor, educate yourself to identify the traits and actions of a psychopath. You’ll quickly see Jodi and what she does, as I saw my sister.
What’s worse is psychopaths have infected every aspect of our lives. See the Corporate Psychopath story below.

The twenty traits assessed by the PCL-R score are: 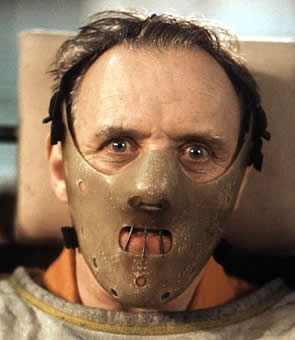