THE PROBLEM:
American courts have been infected by CORRUPT and UNETHICAL judges.
Judges who once were unethical, immoral and dis-honest lawyers who bought or swindled their way to the bench. They fail to honor an oath they swore to. They ignore our constitutional rights and often break laws or fail to uphold justice. Due to immunity to prosecution these con-artists and frauds legally steal, lie and cheat the public for personal gain. Google the names of judges and lawyers found on this site. Many are psychopaths or social-paths who lack morals, empathy or understanding. They’ve made it to the bench by telling people what they want to hear not by who they are.

All Judges swore an oath to defend the Constitution,
they MUST AND WILL BE held accountable for violating it.

SOLUTION:
Removing unethical, immoral and dis-honest judges and lawyers who destroy families, lives, children and innocent people. Informing the public of their rights and educating them, arming them with tools to EXPOSE, remove, prosecute and imprison these criminals. Con-artists who hide behind black robes of shame and commit crimes by sealing records, influencing police to do their dirty work and profiting by creating unnecessary legal fees.

Everyone MUST KNOW what these monsters of society have been doing to children, seniors, veterans, the disabled, families and tax payers for decades. 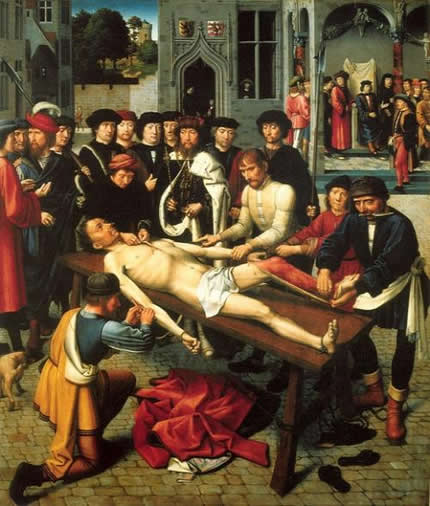 “The Flaying of the Corrupt Judge Sisamnes” 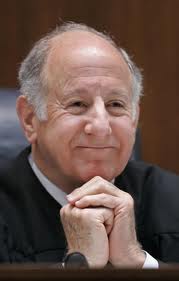 RONALD GEORGE
CALIFORNIA SUPREME COURT CHIEF JUSTICE
(What does the person who controls all the judges do to protect the public?)
Paid by your tax dollars

Ronald George co-authored Senate Bill SBX2-11, granting himself retroactive immunity from criminal prosecution for his crimes related to the payment scheme. If that’s not legalizing crime, then what is?

HELP EXPOSE AND PROSECUTE THEM

UGLYJUDGE.COM
Dedicated to exposing the really ugly judges and lawyers in America

JOIN THE REVOLUTION WITH OCCUPY THE PROBATE COURTS

CORRUPTION
How do the courts do it?
Delays, sealing documents, ignoring constitutional rights, perjury, abuse and crime How does anyone profit? Legal fees, did you consider lawyers charge a minimum of $250 per hour. Most hearings involve 2 or more lawyers all billing for time. Victims are billed to death with hundreds of thousands of dollars in legal fees. The judge knows every time they continue, delay or fail to act it costs victims thousands of dollars. Remember lawyers are paid whether they win or lose. Its not about justice, its about greed and profit. That’s the game, follow the money, reward the lawyers who are controlled by the judge. Its been found judges are bribed paid via generous home and property loans, payments and exchanges. Read the story below on the Corruption in Los Angeles

When Judges are in bed with those pretending to be independent
Who is Merrick J. Bobb?
A lawyer that is a self proclaimed independent police watch dog

Why is Los Angeles Superior Court judge Aviva K. Bobb involved with someone who should be impartial?
Merrick Bobb Non-profit civilian LASD watchdog with Questionable ethics and Agendas
Who assigned Merrick J. Bobb and how was he appointed?
Why is someone PAID by Police writing reports as to what police are doing wrong?
Merrick J. Bobb has his own conflict of interest story too
(Bobb has a history of leaving out key information such as who was paying him
Los Angeles Times Omits significant Conflict of Interest about Merrick J. Bobb

When judge Aviva K. Bobb re-assigned due to the death of a child What did police do? Nothing. Police did not prosecute, yet a senior and child are dead
Los Angeles Times do about Merrick J. Bobb’s undisclosed conflict(s) of interest? NOTHING
Merrick J. Bobb with questionable history at work with billions spent on Homeland Security
Want to know about how Merrick J. Bobb and Aviva K. Bobb

The thin Blue Line Between Straight and Narrow is thinner than one might think. Hiring your wife or relative over the right person is were justice stops and criminal acts and corruption start. Why are some people above the law the ones investigating wrong?

CONSERVATORSHIP USED TO STEAL
BY SYLVIA GETTINGER aka SYLVIA SCHMIDT

2006 Gertrude Gettinger was robbed by her own child Sylvia Schmidt of San Diego County CA. Judge Candace Beason refuses to suspend Sylvia Schmidt after proof of perjury, failure to notify family and theft of $200k was provided

Sylvia Schmidt of San Diego County CA married to Gary A. Schmidt aka Sylvia Gettinger, aka Sylvia Velasco perjured her petition for conservatorship in 2006 Sylvia claimed she had no contact with Robert Gettinger for “decades”
However she failed to inform the court of phone calls she made in 2003 using telephone numbers she claimed she did not have access to. Its obvious Sylvia perjured herself due to hundreds of documents presented to the court. Cashed checks, holiday cards, emails, bills etc all with Robert’s mailing address which
Sylvia has always had. However when she filed for conservatorship she suddenly claims she never had the address or phone numbers.

Dedicating my life to bringing Sylvia and Gary A. Schmidt to justice for embezzlement, fraud, elder abuse, attempted murder, mail fraud, federal crimes, grand theft and abusing Gertrude Gettinger. Sylvia Schmidt of San Diego County CA and unethical lawyer Christopher Edward Overgaard of La Canada CA perjured a petition forcing Gertrude Gettinger to be conserved against her wishes stopping her from reporting Sylvia and Gary A. Schmidt for stealing over $200,000.00 in bank funds. Sylvia Schmidt used mail forwarding and burglary to gain access to financial data, cash, identification, immigration papers, passport, property deed, keys and Gertrude’s address book. People and family who had not heard from Sylvia for over 25 years were contacted via the stolen address book and told lies about Gertrude’s mental condition while Sylvia perjured her petition allowing her to legally drug, isolate and liquidate her mothers estate. Sylvia mailed notices to court hearings to the wrong address so family would not be notified nor could they object.

Violet Boskovich PVP falsely influenced doctors, police, court and failed to investigate missing bank account numbers and info provided Instead billing Gertrude over $50,000. Boskovich approved payment of over $85,000 in legal fees for Philip Barbaro Jr. president of the Pasadena bar to hide, influence, stop access to 2 missing bank account records.
Sylvia never cared for Gertrude Gettinger for over 25 years, rarely visited and never had a close relationship with anyone in her family. When Sylvia was disinherited by her father Franz L. Gettinger who passed away in 2000 she went into a rage blaming her brother for her fathers actions. Fact is Sylvia did not see, speak to, or care about Franz L. Gettinger for over 35 years so it was no surprise. Witnesses and

Sylvia’s own emails show she hated her father with a passion and rejected any contact from him. Conservatorship can and is used to steal, abuse, drug, isolate, rob and take away a persons constitutional rights. Gertrude has been isolated, drugged and is NOT allowed to see family for over 4 years. Sylvia Schmidt claimed to relatives and friends she is the good caring child but how does she explain billing $40,000.00 a year and $40 an hour for anything she does. She did nothing for the previous 40 years while family members cared without charging a dime.

LAPD elder abuse division was contacted and provided evidence, missing bank account names and numbers they failed to act stating Sylvia as conservator filed a false police report stating Robert Gettinger had abused his mother during visits. Robert was never informed or investigated however Sylvia used the false report number presenting it to judge Candace Joan Beason stating Robert was unfit to take Sylvia’s place as conservator. Judge Beason was presented verified evidence that Sylvia Schmidt and lawyer Christopher Edward Overgaard perjured the petition forcing Gertrude against her wishes into a conservatorship to hide over $200,000.00 in missing bank accounts. Judge Beason came to court unprepared having not read any petitions. Judge Beason ruled against discovery due to PVP Violet Boskovich’s influence. Boskovich has reason for this conservatorship to continue to cover up her lack of protecting her client, refusal to investigate missing funds and to continue to bill $250 an hour over $40,000 in legal fees. Presiding judge Aviva K. Bobb was notified of numerous problems with PVP and the court and did nothing.

Greedy family members do exist, conservatorship IS USED as a legal tool to steal and remove a persons rights. Due to information going public to media and the internet Sylvia again with the help of Philip Barbaro Jr. filed a false police report in efforts to anger court members retired Judge Aviva K. Bobb and Judge Candace Beason who abused their power and demanded Pasadena Police arrest, search his home and jail Robert Gettinger for speaking out.

Thousands of horror stories of abusive Conservatorship and Guardianship
Mickey Rooney Mr Rooney is famous and has access to money not like victims who are robbed of their rights and finances who can not get public or media attention for their freedom Britney Spears . Spears is conserved under the same problematic judge Reva Goetz as Rooney was.

Anyone who feels information herein is wrong or nonfactual please email us and ask for a retraction. Send proof and reasons why for my editorial consideration. Thank you

WARNING any person and/or institution and/or Agent and/or Agency of any governmental structure including but not limited to the United States Federal Government also using or monitoring/using this website or any of its associated websites, you do NOT have permission to utilize any of our information nor any of the content contained herein including, but not limited to photos, and/ or the comments made about photos or any other “picture” art posted on this website. You are hereby notified that you are strictly prohibited from disclosing, copying, distributing, disseminating, or taking any other action against uglyjudge.com with regard to this website and the contents herein. The foregoing prohibitions also apply to your employee(s), agent(s), student(s) or any personnel under your direction or control. The contents of this website are private and legally privileged and confidential information, and the violation of our personal privacy is punishable by law.
Go to mobile version