Facebook Censorship, out of control and biased cover up 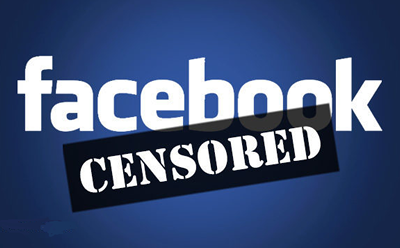 Facebook went from a good platform for the public to the worst. Facebook founder Mark Zuckerberg stole the concept and idea from others. He profited from perjury, fraud and dishonesty and now hides behind false propaganda and money. Typical American court system example of how money rules our courts and the term “Justice” is just a bullshit word thrown around to mislead people going to court that they will get a fair hearing.

It’s all about how much justice you can buy. Free speech has been twisted into censorship to stop people from calling a kettle black even if in fact YES 100% it is black. Our constitution has been ripped apart by lawyers and a broken legal system made up of the criminals who manipulate it in their favor.

Did you know “White people” can’t even call other white people on Facebook “White Trash”? Then again it depends who you are and how much money you have as to what you can say in America today. Sad if something looks like a pig you no longer can call it a pig. Yes it’s gotten that bad. Worse there is no honest, fair court in America and even juries are manipulated by lawyers and the judge to come to a conclusion that is not fair or moral. It’s all about making law complicated, misleading and easy to manipulate. Sad but the solution is to ban lawyers from any form of law and make law simple and clear.