Facebook a stolen concept about censorship, data and greed 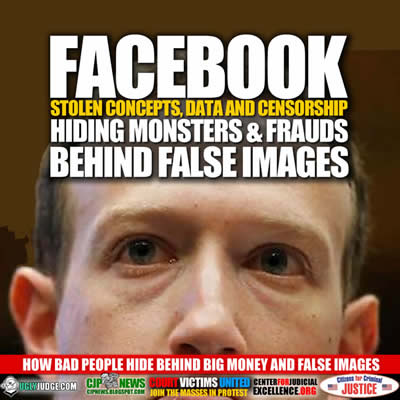 When I first got onto Facebook it seemed like a good idea. Some people spend vast hours of time and effort not only to stay in touch with others but to share and expose the wrongs of the world.

Little did I know how dishonest Mark Zuckerberg was and how bad Facebook is for people in general and the world. Not only are people wasting their time adding content but their helping a monster profit and get stronger.

Censorship is not by the constitutional standard but by that of one man. Consider the history of this man and how he dishonestly stole the Facebook concept.

There is a growing movement of people leaving Facebook and exposing what’s going on. Watch Zuckerberg LIE, avoid and con his way thur questioning. Facebook should be destroyed and removed completely because it’s gotten out of hand and a danger to the world.

The problem with Facebook is anything you post is manipulated and censored. Either no one sees your info, your blocked completely or fake info is allowed or manipulated for Zuckerberg’s gain and profit.

WHO IS MARK ZUCKERBERG?
Facebook: how it all began
In 2003, a sophomore named Mark Zuckerberg hacked into protected areas of the university’s computer network in order to find photos of other students. He then would pair two of them next to each other on a program called “Facemash” and ask users to choose the more attractive person. At the beginning of 2004, Zuckerberg launched “The Facebook,” a social network dedicated to Harvard students, which later grew to encompass Columbia, Yale and Stanford. The popularity of this new service sky-rocketed and in mid-2004, Zuckerberg interrupted his studies and moved his operation to Palo Alto, California.

Facebook employee diversity criticism
Facebook has been criticized for having a diversity problem. As of June 2018, tech positions, as well as management roles in U.S. offices were overwhelmingly occupied by men. Furthermore, almost 47 percent of Facebook employees in the U.S. are White and only 3.5 percent are African-American, which has sparked concern regarding representation and equal opportunities. Around 69.7 percent of senior level positions are occupied by White employees and only 3.3 percent by Hispanic-Americans.

FACTUAL STORIES
Facebook legal battle: Why the two heads of the Winklevoss twins weren’t better than one 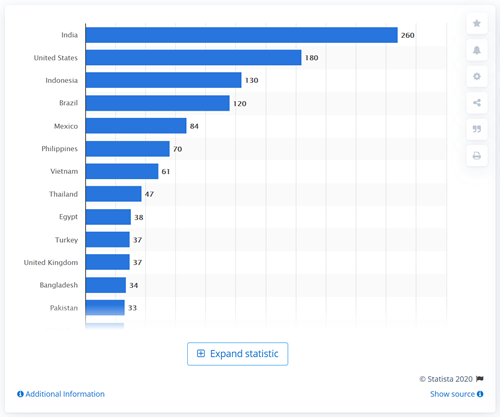 Don’t trust our word but Google and check info for yourselves.

Banned by Facbook, this is actually common and WRONG but Facebook does it anyway