Home How to Expose them Expose the REAL MONSTERS, Psychopaths who have infected America and our legal system

Expose the REAL MONSTERS, Psychopaths who have infected America and our legal system

Psychopaths are more common than the American public wants to accept. The best ones rarely look the part of monster, liar, con-artist, killer and thief. This is how they manage to get away with their crimes against unknowing victims. Seniors, disabled, children also fall prey to these monsters who lack empathy. Jodi Arias is a simple example of what appears to be an attractive, young woman who claims to be the victim herself. When fact, testimonials, evidence all show she’s a monster who stabbed an innocent man over 29 times and nearly decapitated him. Then shot him in the head ensuring she had control over him because she did not get her way. America must begin to see and understand we’ve allowed police to be hired who have guns and badges who inflict pain and death upon the public We have lawyers who manipulate the system, stealing, lying and abusing the public. We have government who put on a false face to the public while behind the scenes they are robbing us blind. The worst are judges who are the root to our legal system who allow other psychopaths to steal, lie, cheat and abuse the weakest and most vulnerable.

The recent Jodi Arias trial and conviction exposes and is a wake up call for the American public to understand how severely our world has been infected by Psychopaths. The reason its gone unknown for so long is people can’t accept the image does not match the monster. The best Psychopaths never look like the monsters they really are. Behind that mask is a cunning, intelligent, manipulative, heartless, charming and destructive monster.

The Psychopath starts at birth, learning how to get what they want “attention” by crying or throwing fits. Parents often don’t understand the child that does not stop crying when held or given food. The point is the child has learned how to get attention by an action. Rewarded by a reaction, they learn at an early age how to get things done this way.

Lacking empathy they can’t live normal lives, yet often they try to. They must simulate how they’re suppose to react. They know if you feel sorry for them this weakness gives them power over you. Like Jodi Arias who wore glasses and child like hair styles during her trial to tug at jurors emotions. This is no different than the crying baby who got attention of her parents. 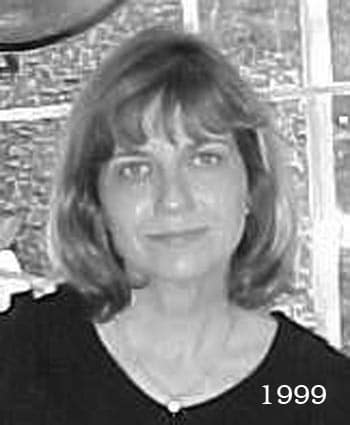 I grew up with a monster like Jodi Arias, my sister is a psychopath of the first degree. Lacking empathy, always manipulating for personal gain and never shows remorse for her actions. Crocodile tears on command and a way with words and lies.

My sister Sylvia Schmidt of San Marino CA married to Gary A. Schmidt stole over $200,000 in bank funds from our mother Gertrude Gettinger in 2006. With that money she hired unethical lawyer Christopher Edward Overgaard and perjured a petition forcing our mother Gertrude into a conservatorship where she now could force psychotic drugging and isolation. The goal was to stop our mother from going to police with the evidence. Family was never informed because Sylvia perjured everything with the help of Overgaard who also perjured the petition stating there was no other family.

My entire story is HERE