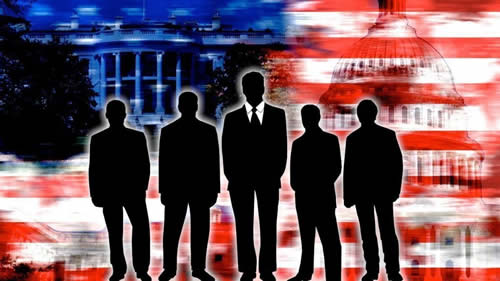 Jeffrey Epstein’s indictment on pedophilia charges casts a net into politically powerful waters. The turbulence created by his arrest is apparent, as pundits wonder if former or current Presidents are implicated in his crimes.

At the same time, without any fanfare or announcement, another investigation into a different class of predator may have been quietly shelved.

Crimes Protected by the Powerful

Unlike Epstein, most of Scott’s victims ended up dead. At one point in time, Melodie Scott was described as “the richest and most powerful conservator in California.”  She controlled the lives of hundreds of elderly and disabled—”files” she called them—whose assets and whose life decisions she managed. Scott decided if an elderly man got to see his kids, if he was allowed to marry or to vote and where he would live.  The stroke of a gavel gave her power over these people, their money and their medical care.

When Melodie Scott ordered an unnecessary tracheotomy for Stevie Price, it turned into his death sentence. Stevie, a youngster who was the recipient of a $5 million dollar award following a “hospital error,” died soon after the surgery. At that point, his award, which had been put into a trust which Scott controlled, was found to be depleted due to her expenses.

Lawrence Yetzer, who went into the hospital with a respiratory issue, was put on drugs which paralyzed his breathing, including Versed, Morphine, Phenobarbitol and Atracrium.  He was then pulled off the ventilator and, of course, died. Questions remain unanswered about what happened to large sums of money from his trust, which Melodie Scott controlled.

Melodie Scott does not work alone. She is represented by attorneys, usually J. David Horspool or Bryan Hartnell. Her actions as a conservator must be approved by a judge. Following a number of articles in the San Bernardino County Sentinel about Judge Michael Welch and his seeming knee-jerk approval of whatever Scott presented to him, Welch suddenly resigned from the bench. Questions concerning his loan history were also published in the Sentinel.

Welch went on to serve as a “private judge.”

He was replaced by Judge Kyle Brodie, who also has a fascinating loan history.  Scott’s cases have also been heard by Judge James Cox, Commissioner Michael McCoy, Judge Thomas Cahraman, Judge Rex Luther and others.

Is the Secret Service Investigation Shelved?

After a lengthy conversation with him, I turned over a number of files to him. I also gave him the names of others to contact about her. Strangely, most of them have not been contacted.

Scott’s license to practice as a professional fiduciary was pulled in 2015, in the wake of numerous reports about her to the police, the FBI and to at least five country District Attorneys. The DOJ prosecutors ignored these reports, many of which claimed that Scott had murdered and robbed loved ones, and found her guilty of failing to read a trust which she had been assigned to manage.

Jonathan Cooper and Rita Lane of the California DOJ represented the state in its case against Scott. Another California Deputy Attorney General, Mark Geiger, attempted to hide a separate complaint made against Scott, stating he lacked the “criminal expertise” to process the complaint. However, through his failure  to assign a complaint number, Geiger effectively and rather deftly removed the complaint from the DOJ records.

Melodie Scott’s powerful friends—judges, prosecutors and more—have protected her for decades. Through her unseemly collaboration with federal agent Jack Smith she is also known to have allies in the intelligence community. So when the head of the Riverside Secret Service office, Hank Price, was contacted by me over a year after the Secret Service first reached out to me, I was not terribly surprised at his verbal tongue-lashing. Price accused me of unethical practices because I had not informed him I was press in the first couple of minutes of our conversation (In fact, I was initially contacted by his office because of articles I had written on Scott). Disturbingly, Agent Price was unable to answer my primary question: “With Scott knocked out of working due to the 2015 revocation of her license, was not the statute of limitations soon to expire?” And when I mentioned to Price that there were also concerns that she had killed off a number of her clients, he barked at me “Okay, we’ll investigate that too!”

In fact, the Secret Service does not investigate murders. That would be the bailiwick of the local authorities or the FBI. Both have been repeatedly contacted for over a decade by multiple Melodie Scott victims, without a whiff of interest.

The media representative for the Secret Service and the spokesperson for the US Attorney’s office have declined to comment on the status of the investigation.

What do Epstein and Scott have in common?

Jeffrey Epstein has a sexy story: A fabulously wealthy, good looking guy, allegedly taking advantage of underage girls with a bevy of important people hovering nearby, potentially implicated. Melodie Scott’s story simply lacks the sex appeal. Old people are generally undervalued in American society and if a seventy-five year old goes to her death a bit prematurely, does anyone other than family really care?

Both Epstein’s and Scott’s stories illuminate that  the commodification of life in the US is in full swing, impacting both the very young and the very old. The deeper issue would be why so many people in positions of power have failed to address these decades-long sprees. Melodie Scott has cut a wide swath through Southern California, leaving behind her an unmistakable trail of blood soaked money.

The underside of “elder cleansing” is eugenics, where those no longer of use to society are discreetly and tidily removed. If this indeed turns out to be the dominant motive for the army of involved police officers, judges, prosecutors and intelligence agencies which have protected Scott through the years, then isn’t it time we woke up to this?

Back in 2005, the Los Angeles Time ran a much touted series on conservatorship, entitled “Guardians for Profit.” Once again, Melodie Scott was in the spotlight. The kick-off story to the four part series focused on the plight of Helen Jones, under conservatorship with Melodie Scott. While the Times claimed that they “examined the work of California’s professional conservators, reviewing more than 2400 cases, including every one they handled in Southern California between 1997 and 2003, the Times reporters failed to report on the repeated complaint of the family members — that their beloved parents were dying prematurely due to the actions of the professional conservators.

It didn’t take much time or effort to figure that out. A few visits to the basement of Riverside Probate Court produced names of family members of conservatees of Melodie Scott. A review of local phone books provided numbers.

The stories were notable in their similarity. Dora Baker’s catheter was ordered removed against Doctor’s orders, but on order of Melodie Scott, who had obtained Power of Health Care over the elderly woman. As a result, according to Baker’s daughter-in-law, Johanna , Dora died an excruciating and premature death. According to Judy Lampuu, her aunt, Ann Cole, wasn’t even unhealthy when Melodie Scott obtained conservatorship over her. As the family was kept away from Ann, Judy states she has some concerns as to how she died, so quickly, under the care of the woman whose nickname is “the Black Widow.”

The continued cover-up in the mainstream media of “the Probate Murders” provides insight into the political nature of these crimes.

Melodie Scott is a typical Psychopath monster that finds a position behind a false image only to abuse, commit crime, rob and murder innocent people.

More info about this Destructive monster that works with other dishonest lawyers and dishonorable judges.

Books have been written on her crimes and abuse The Con Game: A Failure of Trust
The Ethics of the Story: Using Narrative Techniques Responsibly in Journalism

More info from victims and others affected by this monster HERE