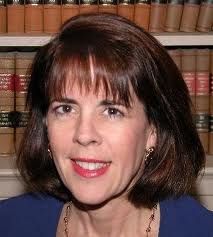 Kelly C. Wall ran for the Judiciary in 2009. She got her legal degree later in life, and had less than ten full years of experience.which is the requirement. .She may have held her license for ten years, but she did not have litigation experience. Dockets in Bucks County and Montgomery County, PA show that Wall had only handled custody hearings. She clearly misrepresented her expertise in the law. She is presiding now over complex litigation, and her incompetence has caused massive damage to many families in Montgomery County. Furthermore, after a serious abuse of discretion consisting of discriminatory remarks in one case- it was also discovered that she had concealed campaign contributions from the opposing party’s attorney, even after being confronted in court. This Plaintiff formerly asked for Kelly C. Wall to disqualify herself, to which she has repeatedly refused. Kelly Wall used the fact that this same Plaintiff had refinanced her home three times in fifteen years, to take away 90 percent of her child support, emotionally destroying the children. Disgracefully though, the Montgomery County Recorder of Deeds shows that Wall refinanced her own home twice in only five years. Because of Wall’s misconduct, the Plaintiff ‘s home is now in default- Wall also refused to take sanctions for continual transgressions by the opposing attorney- including intentionally distributing unegotiable escrow checks….stayed tuned for more information on this case going into its sixth year- thanks to Judge Kelly Wall. BTW, Miss Wall got divorced in Montgomery County, and her own case only took six months…no racketeering there.. as both she and her ex-husband, Greg Nester, are members of the Montgomery County Bar Cult Association. SEE THIS LINK